Chaiwut: the government must be proactive

Given the amount of information about the disease circulating online and on social media, the minister said the pandemic is as much a threat to public health as it is an information problem.

The project is supported by a grant from the Thai Media Fund and produced in partnership with Wisesight, Punch Up and Salforest.

Research into the ‘infodemic’ – an overabundance of information during the pandemic – and its economic and social impact revealed that there were over 18 million messages sent that were related to Covid-19 between Jan. 1 to last year and June 15, which means around 34,600 messages were sent each day.

Bangkok Post is launching a new data visualization project called “Gone Viral: Covid-19 and Fake News in Thailand” which emphasizes the importance of a good communication plan, respect for the truth and transparent communication tools and useful for dealing with the Covid-19 infodemic.

Messages and / or posts received 2.8 billion engagements, on average 63 times per second, he found.

“News, especially fake news, travels so fast, and it tends to pile up as it goes. Once it wows viewers, it’s hard to correct,” Mr. Chaiwut, adding that the DES Department needs to redouble its efforts to make sure the truth can catch up with the fake news online.

“We are trying to improve how we operate. We need to be faster to provide the correct information, block disinformation and prosecute those who intentionally disclose lies,” Chaiwut said.

The minister said that since fake news is mainly disseminated on international platforms such as Facebook, Twitter and YouTube, the DES ministry has not been entirely successful in deterring disinformation online.

He said the ministry was concerned about new media, some of which present themselves as news portals, which tend to sensationalize or even outright distort the truth for publicity purposes.

“The growing influence of these outlets is worrying as people tend to believe them at first glance,” said Mr. Chaiwut.

Assistant Professor Phansasiri Kularb from the Faculty of Communication Arts at Chulalongkorn University believes fact checkers, along with mass media and social media platform companies, are the key to enlightening the public. 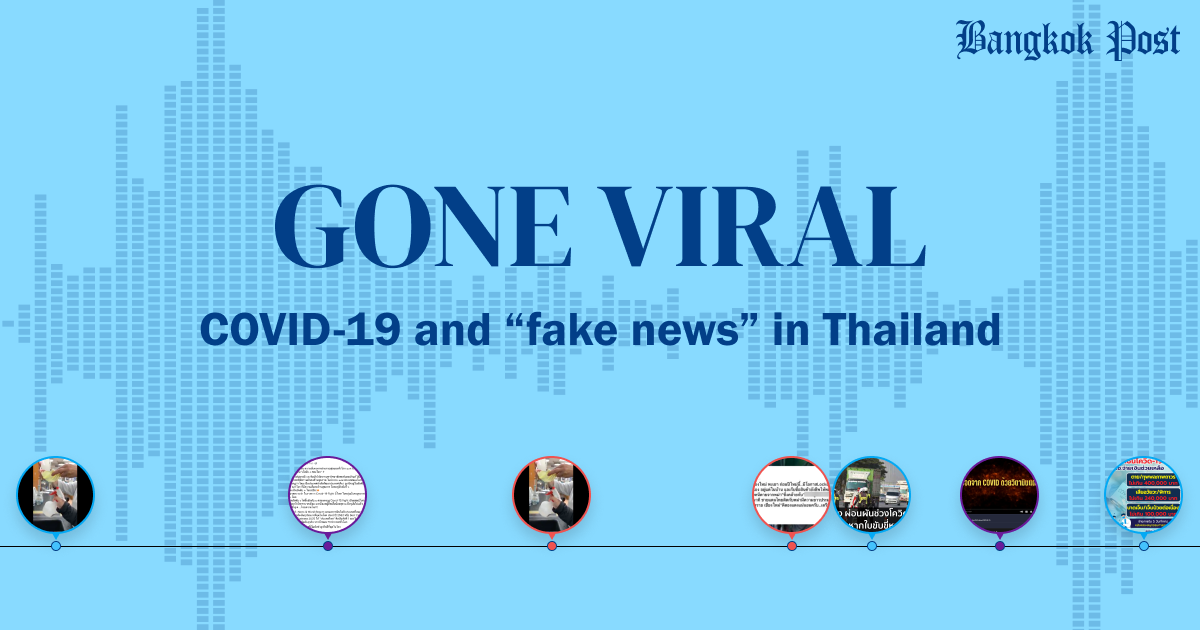 The data visualization project analyzes “fake news” reported by fact-checkers in the country and shows its impact on the economy and society.

“It is crucial that these key players adhere to international standards and follow a principled approach to verifying information. They have to be quick and transparent to gain the trust of the public, ”she said.

For the “Gone Viral” project, Assistant Professor Phansasiri sifted through 1,922 messages reported by four fact-checkers around the country – the Anti-Fake News Center, Cofact, AFP Fact Check and Sure And Share Center – during of the three waves of Covid-19 epidemics that have hit the country in the past year. 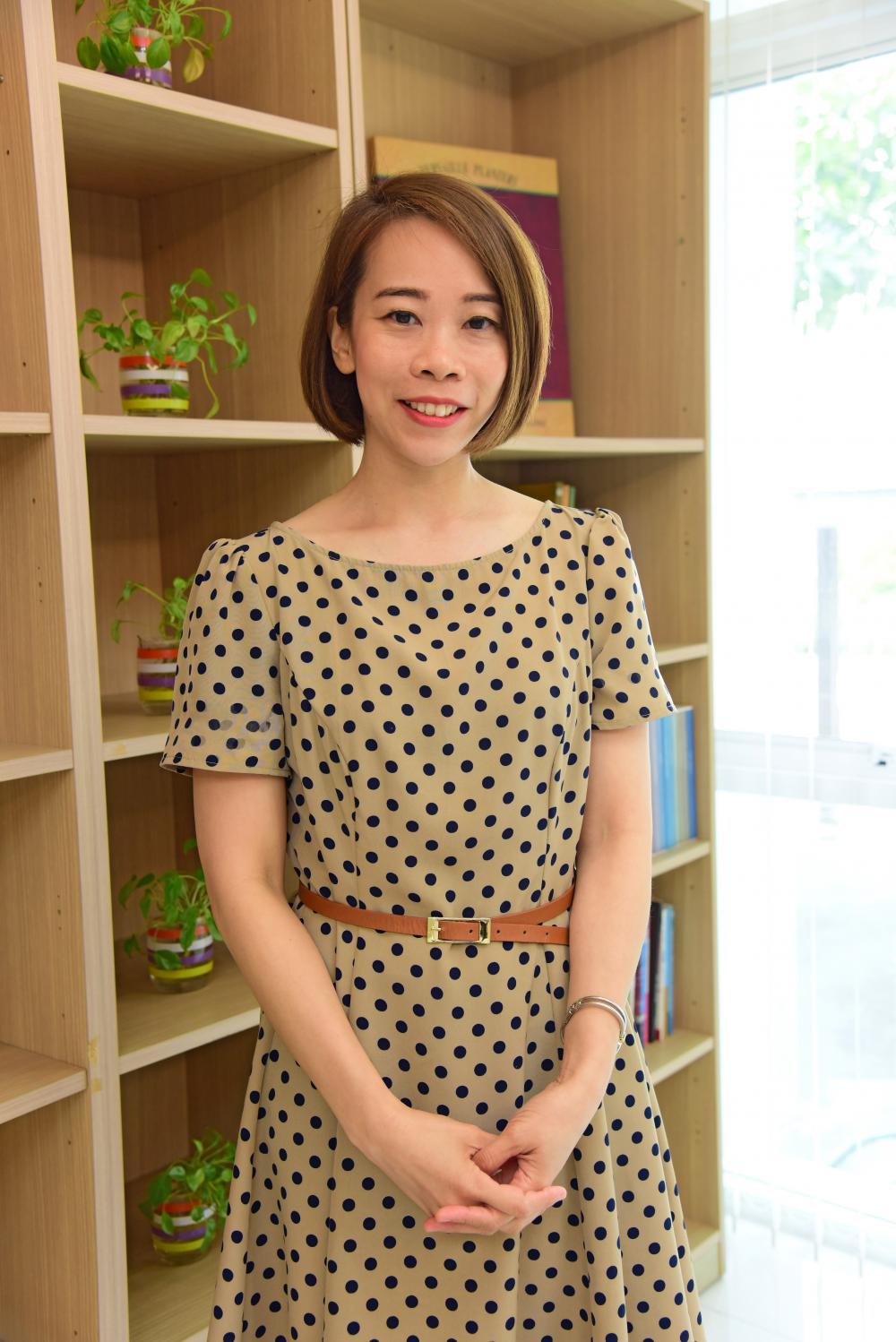 She classified them according to the subject (virus transmission, situation reports or government policies), the nature of the hoax (false information, incorrect context or manipulated content), origin (reports, publications on social networks or video clips) and reference (government agencies, experts or online influencers).

She found that fact-checkers have a different understanding of what constitutes a “hoax.” AFNC, for example, qualified 68% of reported messages as “false”, while AFP Fact Check qualified only 34%.

During the first wave of the pandemic, most of the bogus messages were related to updates on the Covid-19 situation.

As the epidemic progressed, false messages about government policies and measures began to increase, which Assistant Professor Phansasiri’s study linked to confusion over the evolution of measures and restrictions. government control of Covid, which has prompted many to share information indiscriminately.

A closer look at the content of the messages tagged as “bogus” revealed that many were sent with good intention, as a warning to other people.

Assistant Professor Warat Karuchit, Associate Dean of Planning and Development at Nida and Chairman of the Subcommittee to Promote Innovation for Safe and Creative Media Development at Thai Media Fund, said that in any communication crisis, fake news can be anticipated.

“The saying that fake news can kill is no exaggeration,” Assistant Professor Warat said.

“There were people, not only in Thailand but around the world, who refused to be vaccinated when offered false information. Sadly, many vaccine deniers have been infected and either become seriously ill or have died.

But of course, the impact of fake news goes beyond deaths. False news wreaks havoc on the economy and society in various ways, eroding social cohesion and moral stability.

“One thing that I personally think is as bad as death is compromise on the truth. It is unimaginable how will we live in a world where we cannot be sure of everything we see and hear, or things that we have always believed to be true, “said Assistant Professor Warat.

As a member of the Center for Covid-19 Situation Administration (CCSA) communications team, Mr. Warat believes the country needs at least three things – a good communications plan, respect for the truth and transparency and useful communication tools – to deal with the Covid-19 infodemic.

“From my experience, I think Thailand has some things in place, but some things need to be added or improved,” Assistant Professor Warat said.

Ultimately, we may have to learn to live with “fake news” like we do with Covid-19, he said.

“With a sufficiently high vaccination rate, the virus can still spread but it will be controllable. This could be our approach to fake news, to get people to ‘vaccinate’ against it.” he said. “The ‘vaccines’ could be education, constant surveillance and fact-checking. Super-correctors, policies or laws could be developed to slow the spread of fake news. ”

He warned, however, that these developments would take time. At this time, the best advice against fake news is to stay alert and verify all the information we receive.

Patchar Duangklad, chief commercial officer and co-founder of Punch Up, who handled the design and development of the project, said the web-based approach to data storytelling best illustrates the complex problem.

“Turning data into visuals gives people insight into other dimensions of fake news, such as how content is dispersed over certain periods of time and how seemingly monolithic fake news might be categorized by different fact checkers.” , said Ms Patchar. 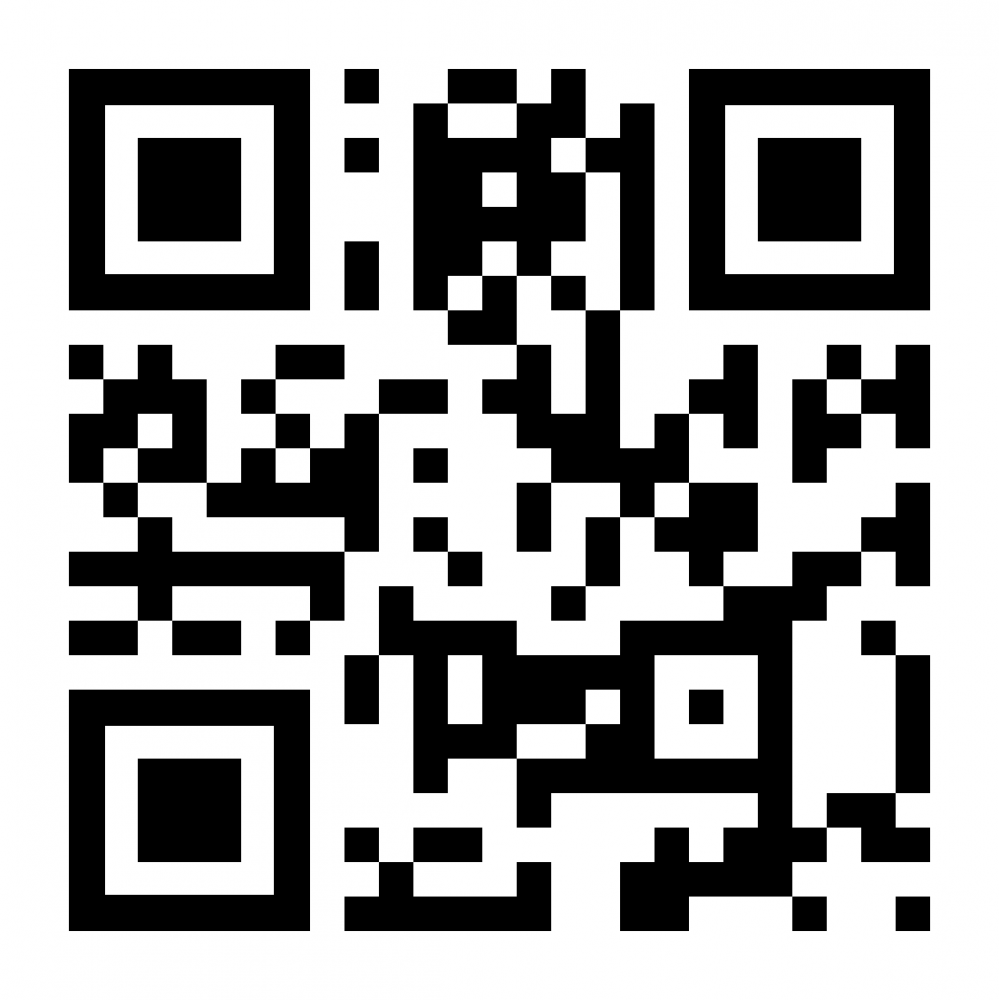